The Woman in Black 2: The Angel of Darkness

Happy new year guys! Well, it's now 2015 and the reviews must continue, starting with The Woman in Black 2. Now, I hadn't expected much from this sequel because the original was fantastic but I have to say, although it was lacking any real scares, I wasn't disappointed and actually enjoyed it.
So here we go. 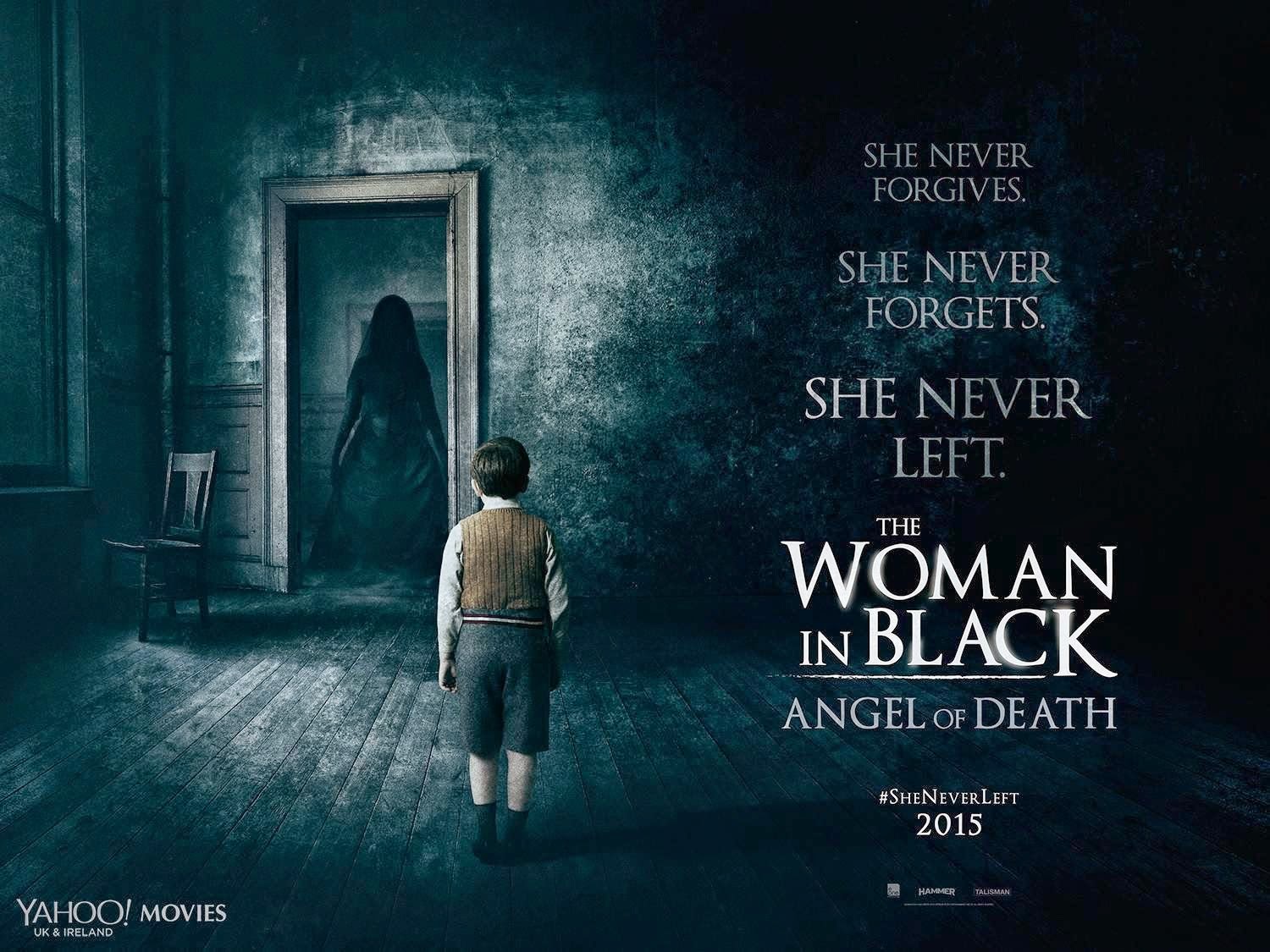 The Woman in Black 2: The Angel of Darkness is set 40 years after the first Woman in Black film, it has all new characters but follows the same back story of Jeanette Humphreys and the death of her son in the treacherous marshes. The film’s lead character is Eve Parkins, a school teacher who accompanies a group of WWII evacuee children to Eel Marsh House. The village has been derelict for years and the group are told that they are the only people on the island but after a series of strange events and several sightings of a woman in and around the house, Eve begins to believe they are not alone.

The Woman in Black 2 is atmospheric and tense from the very beginning; it contains the perfect setting for a horror film with long, dark hallways, creaking floorboards and a sinister looking cellar but it tries too hard to live up to its predecessor and only provides the audience with cheap jump scares that are all too predictable.
Eve Parkins played by Phoebe Fox does bring the narrative to life and I thoroughly enjoyed the back story to her character, it allows you to connect with her and makes it much easier to invest in to her world. The character building in this film is incredibly strong, the audience gains all the information it needs on the main characters but of course, it still doesn’t live up to Daniel Radcliffe’s roll in the previous film.
Towards the end of the film I could predict every single jump scare and sometimes they weren’t necessary. The eerie silences, the deep shadows and the unnerving camera angles would have been enough to make the viewer feel uneasy and add a bit more depth to the film, rather than follow the stereotypical cheap, thrills but I wasn’t completely disappointed and I may have come off my chair a couple of times to begin with.
Although the casting didn’t include any big names I felt as though they exceeded my expectations and brought the story to life, they were all believable and had their own little back stories to give more information on their personalities. I was personally a huge fan of Harry (Jeremy Irvine) and really enjoyed watching his character develop. I wasn’t sure whether to trust him to begin with and feel that Irvine added a mysterious presence to Harry’s character, which we later discover more about his past and his strange actions.
Before watching The Woman in Black 2 I knew it would never live up to the first one but I enjoyed the film much more than expected. The film is let down by its overuse of cheap thrills and repetitive scenes to fill up gaps in the story but the characters are likeable and relatable and the setting of Eel Marsh House will always send a shudder up my spine. Unlike the original Woman in Black, I wouldn’t want to watch this film again but it’s definitely worth a watch if you’re a fan of this genre and you scare easily.