Dumb and Dumber To

Hello again, thought I would treat you all to one more review before the New Year as I finally got around to watching the long overdue sequel to 'Dumb and Dumber' and let's just say, I wish they hadn't bothered. 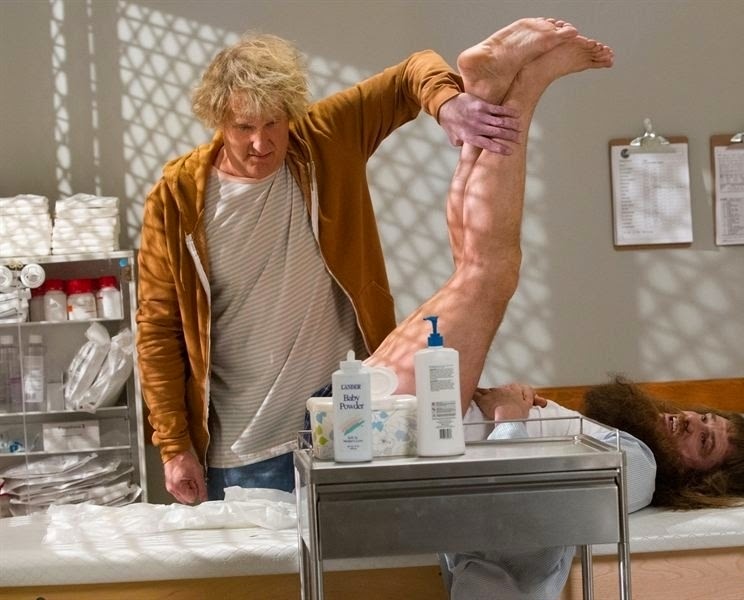 The film meets back with Harry and Lloyd 20 years after their first cross-country adventure. Harry discovers he has a serious medical condition and needs a kidney transplant which makes him incredibly relieved to discover he has a 22 year old daughter somewhere in America. The two decide to track her down in the hopes that she will be the one to save Harry's life and embark on yet another adventure together filled with laughs.

I didn't want to have to admit this but I was incredibly disappointed with this sequel, it's full of crude humour that's way past it's sell-by date and frankly, Harry and Lloyd have become creepy perverts. I found myself cringing with embarrassment from time to time at some of the vulgar terms used; they were funny 20 years ago but it just felt a little too forced and it's obvious the Farrelly brothers have tried so hard to make it funny that they have forgotten about any form of characterisation or even an interesting storyline.
Dumb and Dumber To did manage to get one or two laughs from me but I was expecting so much more. If you're a die-hard fan of the original Dumb and Dumber then give it a watch for yourself and let me know what you think but it's not something I plan on watching again.