Hello guys, I'm sorry it's been a couple of weeks since I last posted. I've had exams at university and been busy at work so I haven't had much time to watch any films lately. I did, however finally get the chance to watch 'Gone Girl' the other night and it is by far one of the best films I have seen in a long time so here is my review. 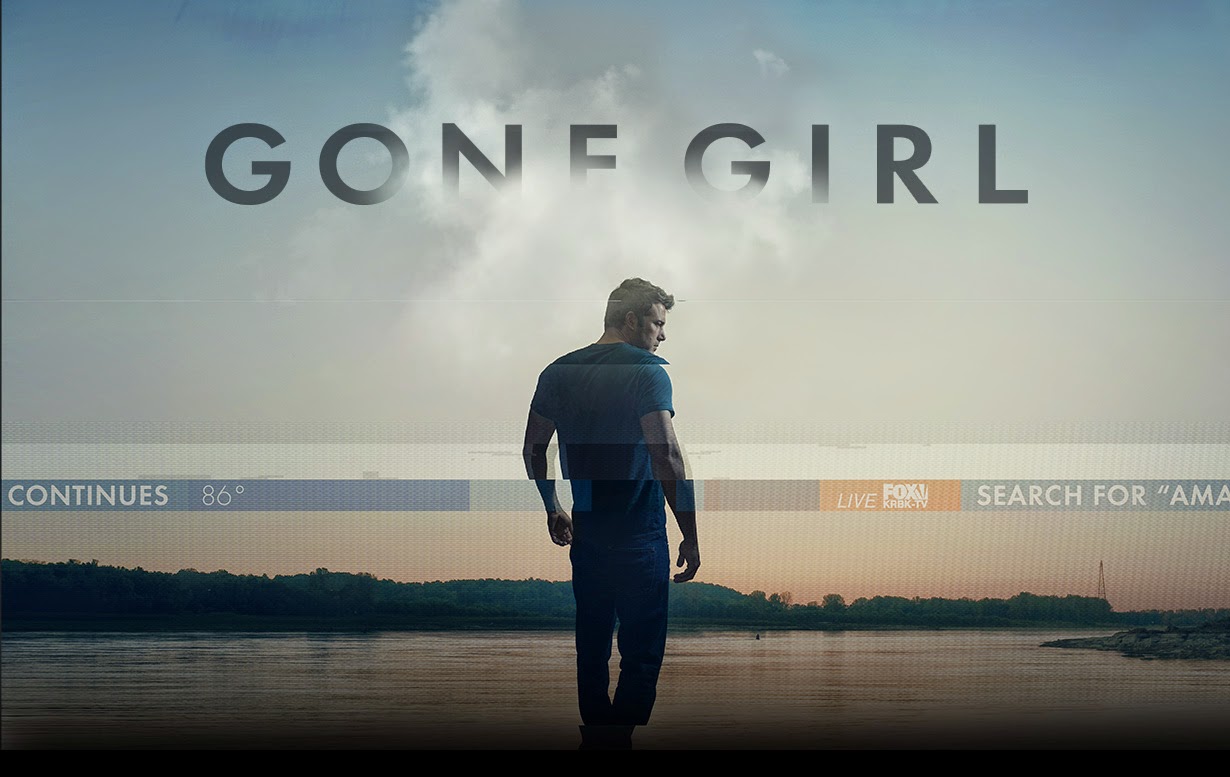 When Nick wakes up on the day of their 5th wedding anniversary he discovers that his beautiful wife, Amy has gone missing. The media quickly becomes obsessed with the case and Nick finds himself under immense pressure to prove his innocence as the police investigation turns on him and he becomes the prime suspect.

'Gone Girl' is a modern and dark tale of matrimonial companionship gone wrong. Fincher has created a beautiful masterpiece filled with twists and turns and sensational craftsmanship. The character's are complex and almost unreadable, creating a tense atmosphere throughout the whole film. Fincher has done a remarkable job on Flynn's novel and managed to bring the words to life by ensuring the character's and the plot are just as twisted and complex as the book itself. 'Gone Girl' runs for 145 minutes and each one of them is vital to the plot; the whole film is full of clues and deceit and the audience will find themselves completely unsure who to trust. With incredible acting from Ben Affleck and Rosamund Pike it's fascinating to watch these character's come to life on screen, I couldn't have picked out a better cast for these roles.

As I mentioned previously, 'Gone Girl' is quite possibly one of the best films I have seen in a long time and you would be missing out on an entertaining and brutal narrative that makes you wonder what is right and wrong and how far is too far? I couldn't fault the movie in any way; it managed to keep me absorbed throughout the whole 145 minutes and had me guessing all the time. A perfect tribute to a fantastic, best-selling novel. Please go and check it out.