Happy New Years Eve my beloved readers. This is my last post of 2014 and I'm going to be reviewing 'Ouija', a 2014 supernatural-horror. Don't expect anything spectacular from this post as this film was a huge disappointment, so here we go. 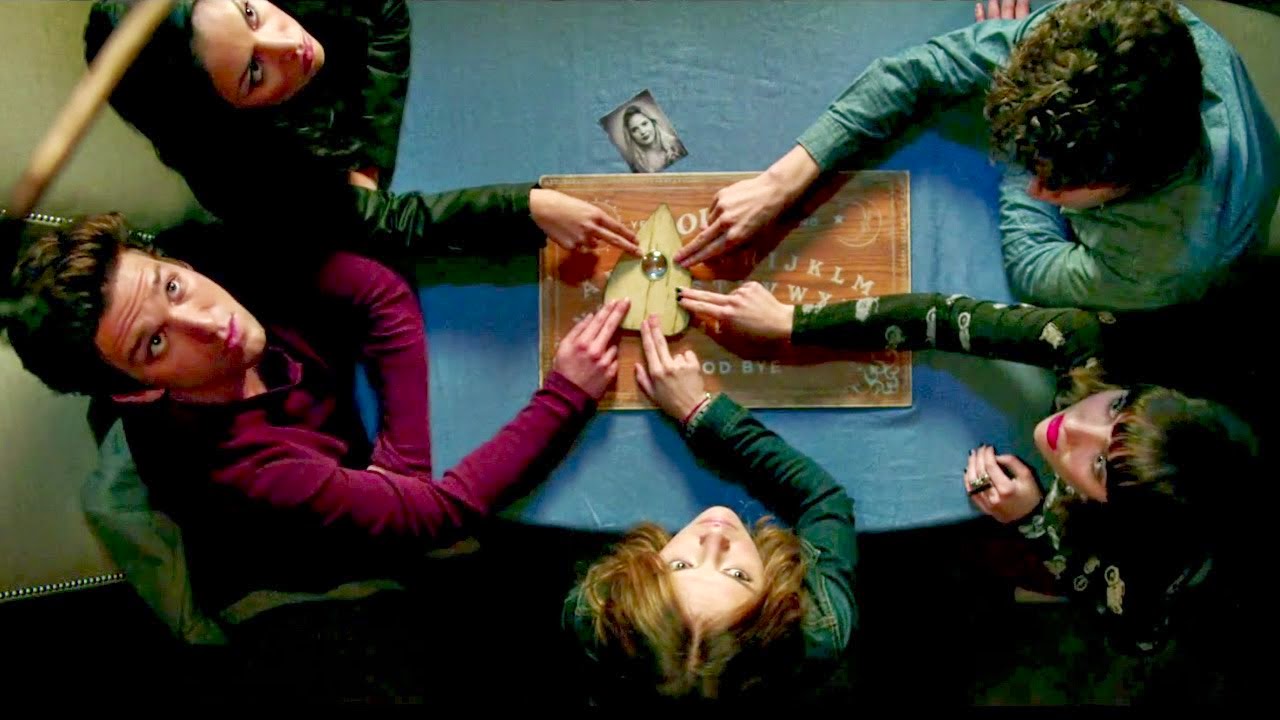 After the mysterious circumstances surrounding their friend's death a group of teenagers try to contact her through a Ouija board, only to discover a sinister spirit had been haunting her and now it wants them too.

After hearing mixed reviews about this film I decided to give it a try myself. As you all know I am a huge fan of the horror genre and I'm on a continuous search to find truly terrifying films but 'Ouija' certainly isn't one of them. It's a glossy, predictable Hollywood blockbuster that provides cheap thrills and it even lacks in the usual predictable jump scares. The acting, however, wasn't as bad as I had expected and Olivia Cooke (Laine) does give out a convincing, grieving friend performance which makes the film a little bit more bearable.
There are a couple of twists included that make the storyline slightly more interesting and it does cut to the chase pretty quickly, providing us with all the information needed to invest in the narrative but other than that it's very similar to the hundreds of other 'horror' films that America release every so often. If you're not as fussy as I am you may enjoy this film for what it actually is, a PG 12, almost laughable attempt at a horror. The special effects which are supposed to be 'horrifying' and 'gruesome' merely look like they have been created in someone's kitchen with very little time and effort.
'Ouija' is definitely not a film I would recommend to anyone.