Hi guys, so I spent my evening watching documentaries and decided to watch Blackfish again for the third time. It's such a powerful and heart wrenching story that uncovers the dark truth behind these glamourised shows. I visited Sea World back in 2013, before I had watched this documentary but it has had such an impact on me that I won't ever visit that place again. If I want to see orca's then I shall go out to sea and watch these wonderful creatures in their natural habitat.

Blackfish goes behind the scenes of the magical façade that is SeaWorld and takes a look at how the Orca's are captured, trained and ultimately mistreated thus leading to several deaths and attacks of trainers. It contains eye witness accounts from those who saw the attacks and statements from previous SeaWorld employees which paints a pretty grim picture of this sea life prison. 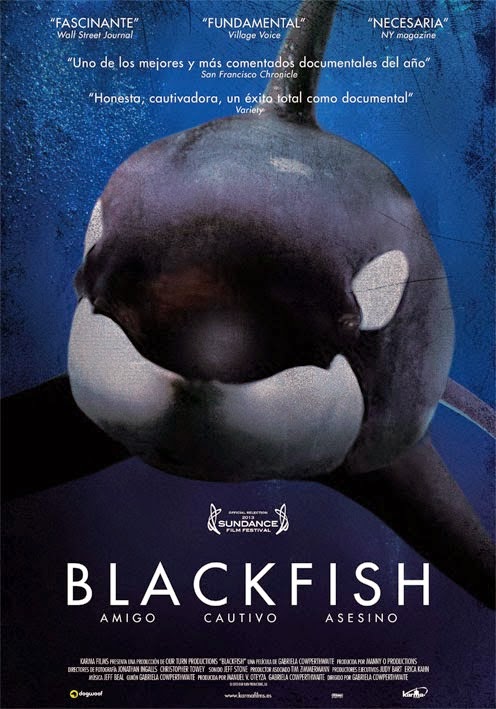 Blackfish is gut wrenching, intense and completely eye opening and it most definitely changed my outlook on the SeaWorld parks and the franchise as a whole. Cowperthwaite's detailed storytelling includes eye witness accounts, archived footage and tapes from several court hearings which makes it almost impossible to ignore. The brutality of the deaths shocked me to the core but Blackfish looks beyond that and uncovers the aftermath and the cover ups to ensure these huge corporations can carry on making money.

The documentary investigates the capturing of these majestic and intelligent creatures, how they are forced apart from their own families and jetted across the other side of the world to perform in front of thousands of people. Humans can never understand their emotional requirements but it's obvious keeping them in a small concrete pool with other whales from different cultures is not something they need or want. Cowperthwaite's argument contains plenty of evidence and facts to get viewers on board and of course it is always nice to hear both sides of the story but SeaWorld don't really help themselves by refusing to make a comment. Maybe because all of it is true and there really isn't anything left to say? 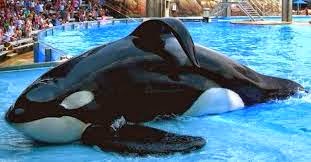 Hopefully Blackfish sets in motion some changes in the way these animals are treated and housed. I believe it is certainly powerful enough to persuade others not to visit these parks again and maybe some day these beautiful creatures can be left alone to live their lives out in the ocean.

Please watch this if you get the chance, it will change your perspective and if it doesn't then I don't know what will.