A Walk Among The Tombstones

A Walk Among The Tombstones is based on the best selling novel series by Lawrence Block. Liam Neeson plays 'Scudder'; an ex-alcoholic, ex-NYPD cop who is now working as an unlicensed private investigator. He agrees to help a heroin dealer who's wife was kidnapped and brutally murdered but once he discovers who these men are he realises this isn't the first time they have committed such a heinous crime and it certainly won't be the last. Scudder has to find a way to track down these men and put a stop to them before it's too late.

Neeson takes up his usual role and runs to the rescue of helpless young women, we've seen it all before but 'A Walk Among The Tombstones' has a little more depth and although it didn't quite blow me away, it was definitely worth a watch.
It's difficult to connect with Scudder (Neeson) to start off with. The viewer doesn't get to know who he really is and it's hard to relate to his character, so when he begins his mission, you find yourself distanced from the whole situation. This is, of course, until Scudder strikes up a friendship with a young boy named TJ and we are finally given that crucial piece of background information we've all been waiting for. Why was it Scudder became an alcoholic and why did he leave the NYPD? Once we learn about the stray bullet that ruined his career and caused his life to come crashing down around him we are able to open up to Scudder a little bit more.
As the story continues and we learn of all the gruesome crimes these men have been committing, the viewer is able to absorb themselves in the plot and get behind Neeson on his journey to rescue another young girl from a horrific end.

A Walk Among The Tombstones is an exciting noirish crime thriller and Frank's use of locations and surroundings add to the setting and tension building up throughout the whole film. It's not something I would personally watch again but if you're a huge Neeson fan then why not check it out? Just make sure you give it a bit of time to get going as it's a little longer than I, personally, would have liked and I did lose interest at several points throughout the film. 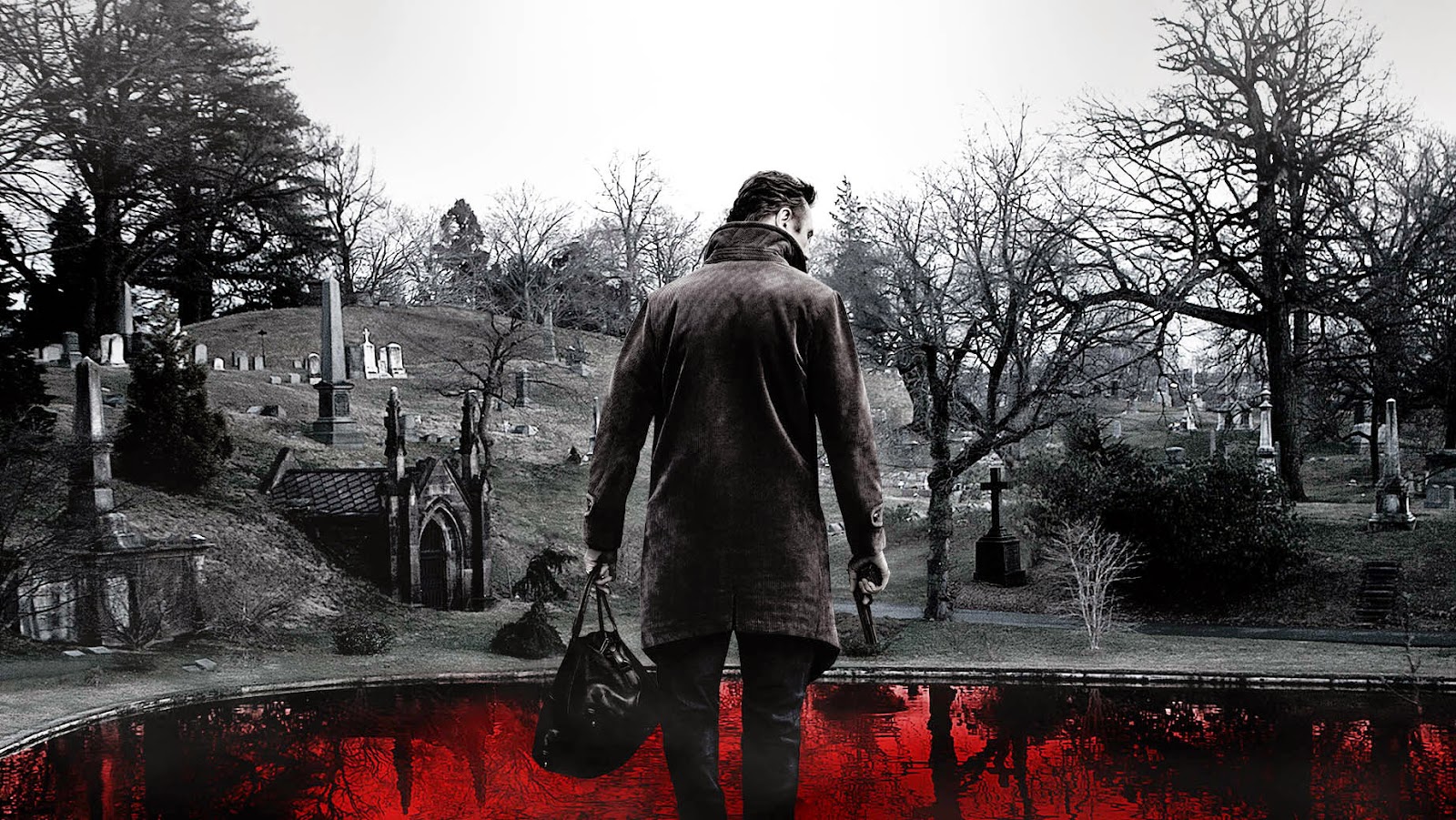